‘But for now, I hope this shows those who’ve not experienced being at a transformational festival themselves, what exactly is going on at them. It’s not all about “getting fucked up”. They are environments for personal growth and life-changing experiences. If you’ve been, you likely know and understand, so keep exploring, and perhaps share this with someone who needs a new perspective on what life can be.’

What’s so special with Boom Festival 2016?

What sets your festival apart from the others? What makes it unique?
I can’t answer this one, this question should be to the public, sorry. Would be lack of respect to compare festivals between each other.

What kind of musical genres do you currently push? Which music outside the Psytrance bubble would you consider promoting?
Boom is a festival of psychedelic music. Psytrance is its heartbeat but we have four stages for people that enjoy good music. We don’t like orthodoxy in the same extent that we don’t like commercial-oriented music, psychedelic music is a vast territory ranging from electronica to jazz, rock or funk. At Boom we try to make line ups intending to bring a psychedelic and sonic experience that challenge the ordinary states, promoting new artists alongside with more established ones.

Any crazy ideas that you are planning to implement in the future, to make your festival even more fantastic?
Without being nonconformist how could we make a psychedelic festival?

There are always out-of-the-box ideas being made at the Boom offices, though you need to experience it in person during the Full Moon every 2 years on the shores of a magnificent lake in Portugal!

Do you follow a certain pattern when it comes to booking?
Our main pattern is not to allow artists that behave like superstars disrespecting the very essence of psychedelic culture, which is public and artists are the same. Then we like to challenge artists for special shows, long sets and, simply, making the best set of their lives. The Boomers deserve it all!

What according to you is the most important element of a festival?
The most important element is that people that attend the festival should leave it as better human beings than when they arrived. A festival must create the context for a new awakening, a new awareness, a new perception of the self, the other and the cosmos around us. At Boom our main intention is always to create the conditions for the Boomers to acquire new perspectives and to be creative and active agents for the change in the world. 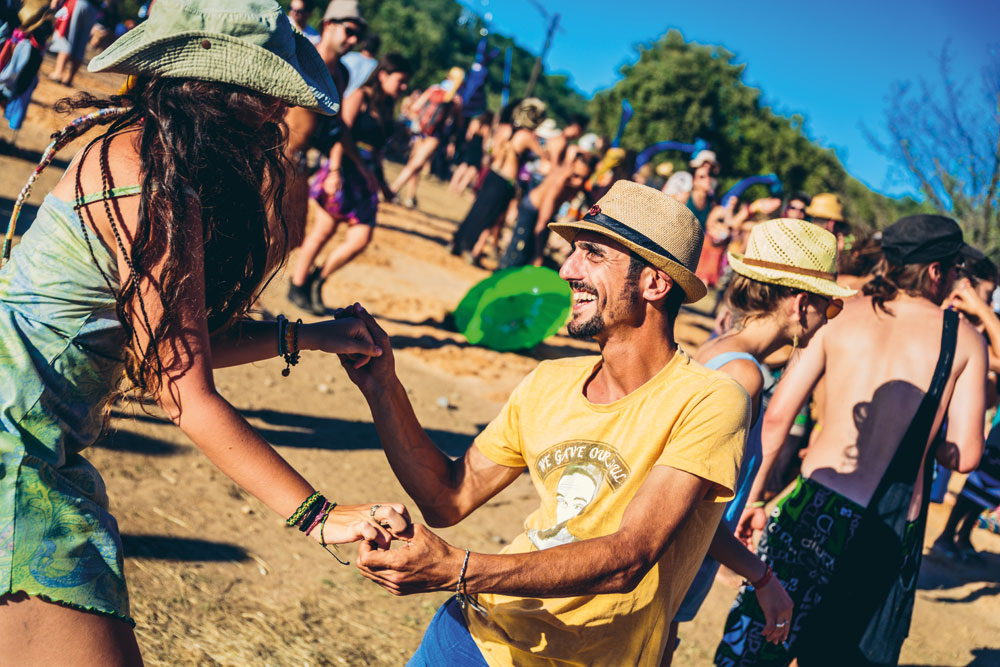 How do you incorporate eco-friendly ideas into your event?
In so many ways…. Boom has been a pioneer on this level not only in the Psytrance scene. Since 2006 we are using solar energy, waste veggie oil generators, separation of garbage, recycling, reusing materials, bio-construction, compost toilets, edible gardens, we have a biological treatment of water, dozens of square meters of gardens, the food and drinks available have a criteria, etc, etc. All that we do is online and reported. 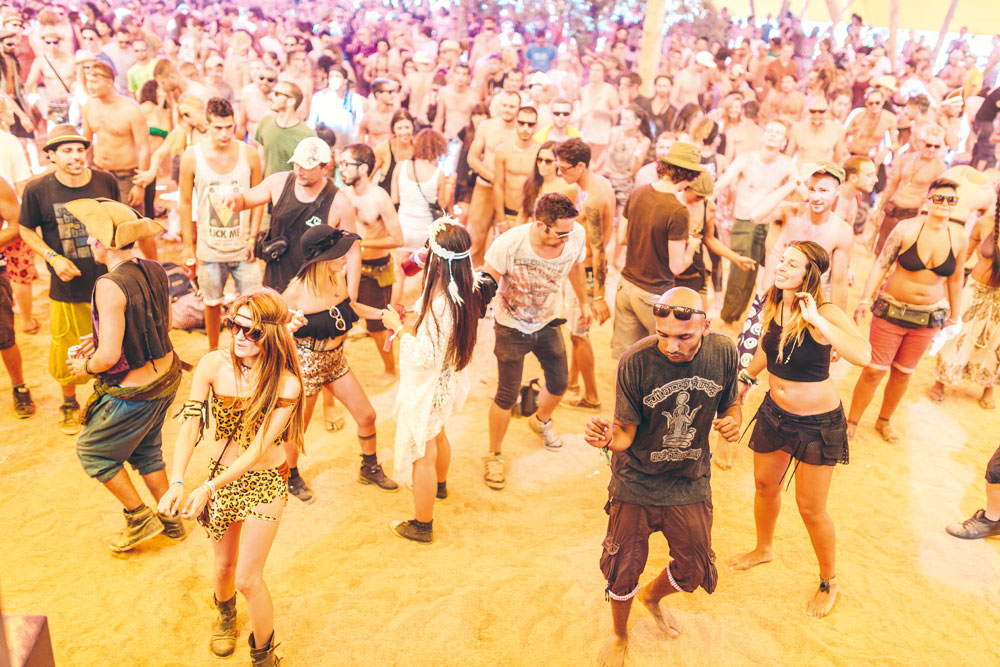 Which edition was the best/craziest and why?
2002 was interesting because everybody was saying Boom was finished due to the success of Samothraki that was held on that year in the same date. Not only Boom survived and had the same amount of people, it also showed that it was much more than a dance floor festival. 2008 was hard because there was too many people and the “system“ attacked us aggressively (there was even a police raid during build up time and one of the main local politicians wanted to close down the festival). In 2008 everything was surreal. 2010 was very challenging also. Several people had left the team and we had to find a new venue for Boom. We built the whole infrastructure from the scratch in 3 months… In April 2010, tragically one of us passed away which was dramatic. On top of everything, in September 2010 Boom was bankrupt. After a lot of work, resilience, positive intention and love 5 years later Boom is still alive for all the Boomers, without them nothing would be possible. 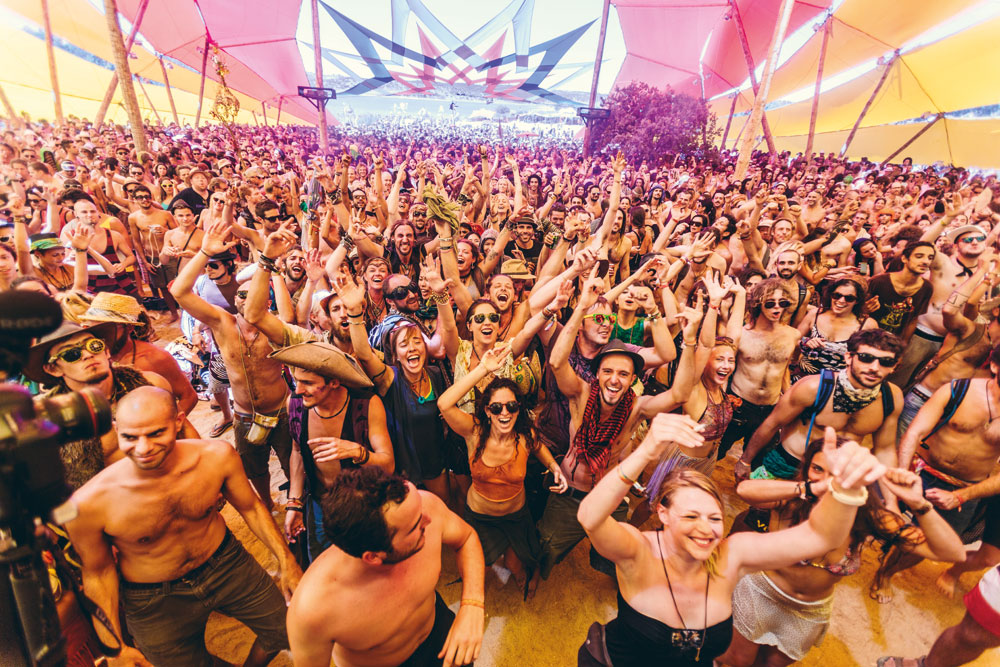 What kind of problems have you faced while creating events? What are the common problems?
There are no problems just solutions. If something comes up blocking the way we just have to go around and make it better. Unexpected happenings are not a problem they are one more challenge to improve.

What makes a great festival?
A great team with a lot of love, knowledge and respect for nature can create the conditions for a great festival. But the oxygen of a festival is the public. They are the key. Festival organizers should always work for the people not for bigger finances, their ego or for their agendas. If the intention is clear people will perceive it and give their best love and vibe, that is the ultimate hidden architecture of festivals. 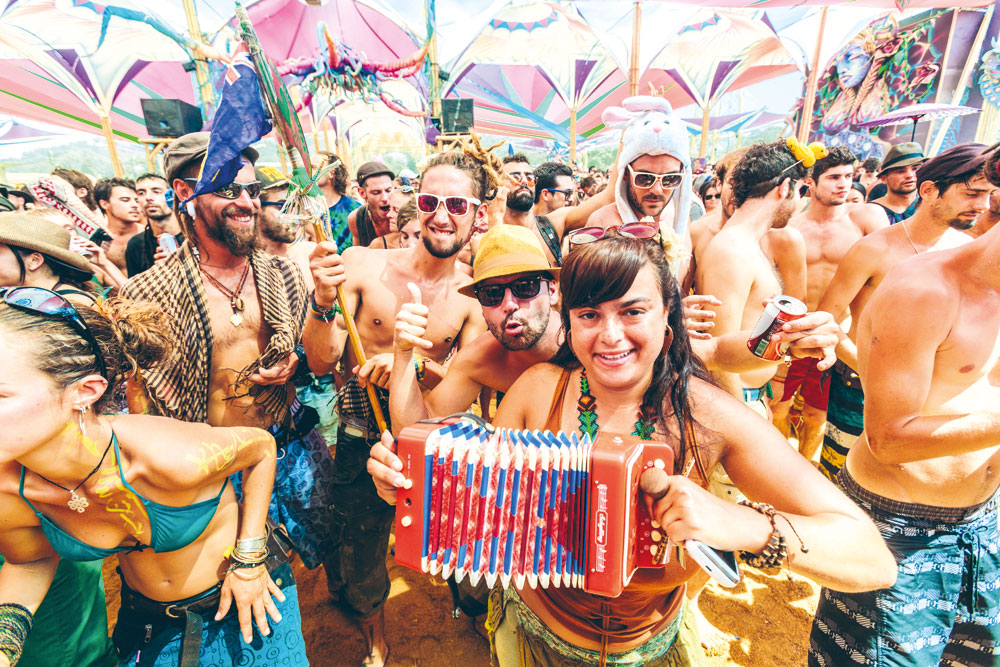 What‘s the most gratifying aspect of festival creation?
It is when you hear things like “Boom changed my life”. 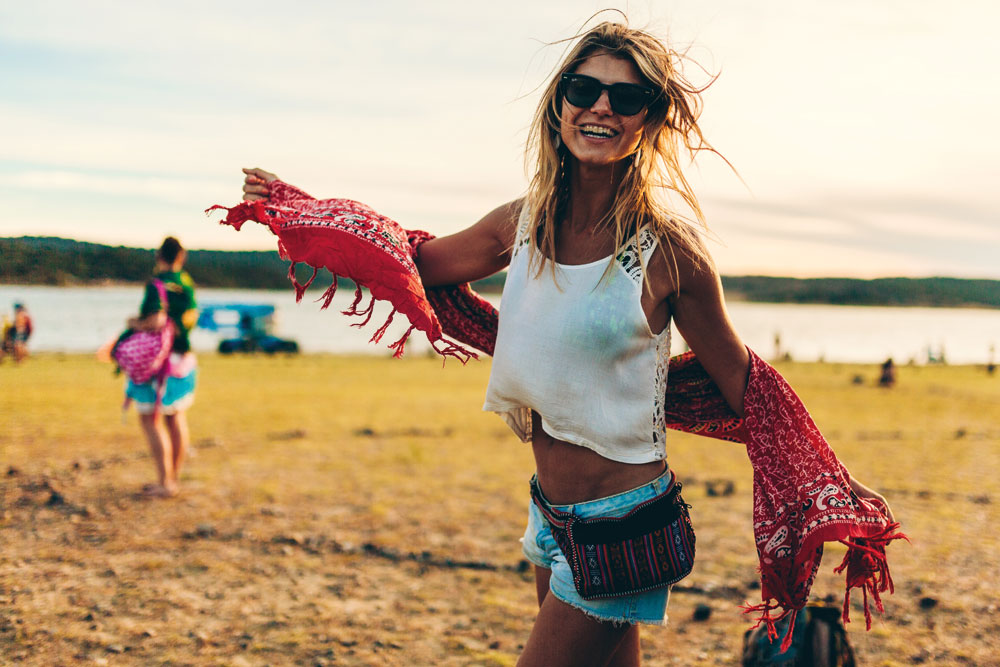 If you could hold your festival on any other planet besides earth, which one would you choose and why?
Earth is the paradise, everything is here! And at a festival you can open the doors of perception to put you in contact with other realities! 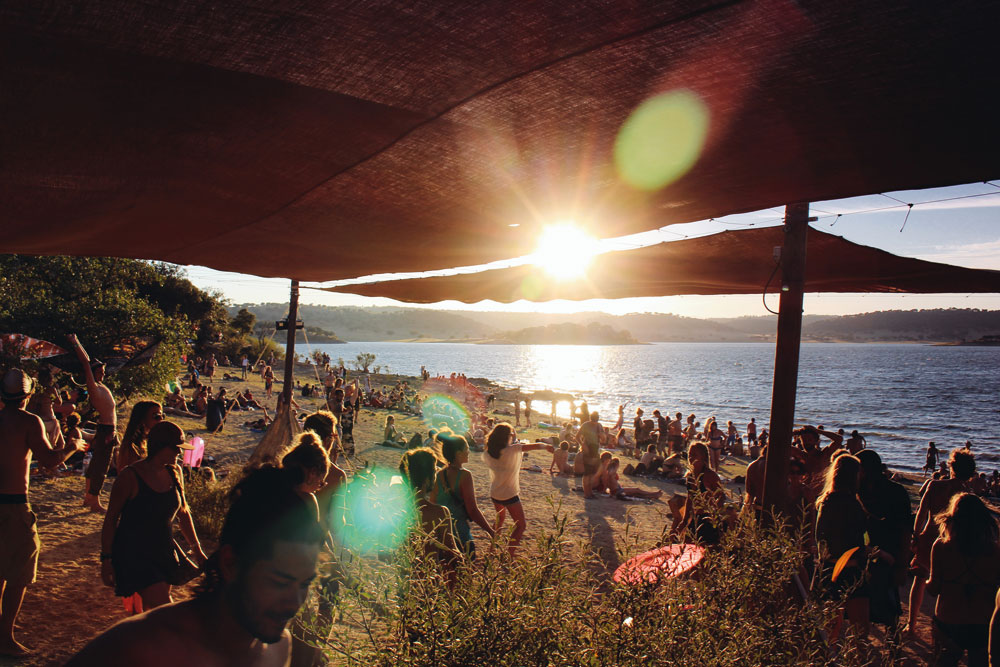 If you had access to any resource what kind of festival would you plan? Give us one crazy idea for a bangin’ festival, something that has not been done (could be something currently considered impossible as well)
Boom Festival!

Any funny/crazy backstage stories you wish to share with the readers?
Boom is a no headliner and no-backstage friendly event! We have a technical area on the back of the stages without any comfort or commodity; we don’t see why backstages should be a party in itself and an exclusive place. The best stories are among the public and the people not in backstages. 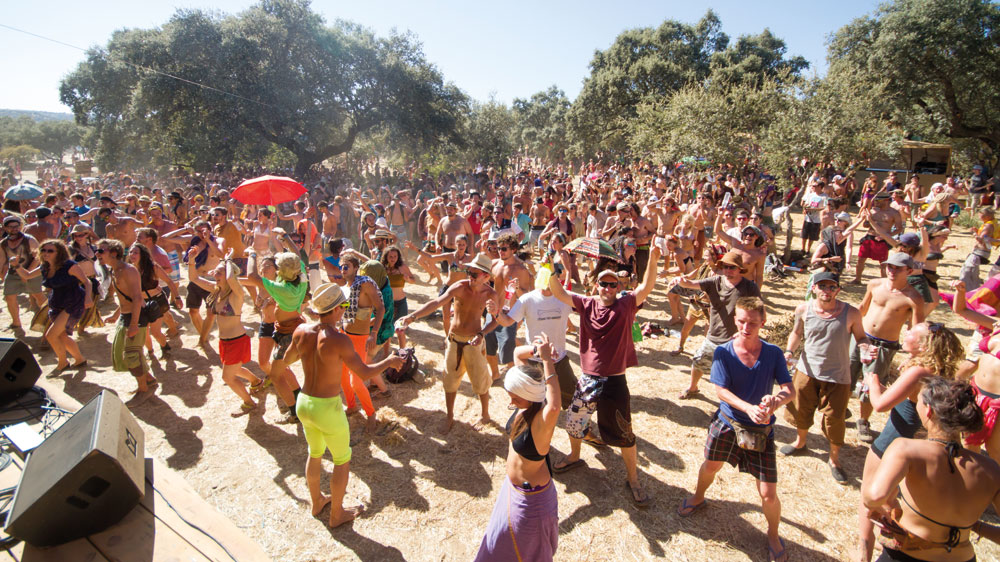 What according to you is the basic checklist required to organize a festival? (You could list out points a newbie should keep in mind)
Without love and a clear intention of care about the earth and the people all the rest is irrelevant. First nurture this element; checklists and technical aspects of festivals come later.

A festival crew is a close-knit family of like-minded individuals. What kind of criteria/qualifications do you look for, whilst incorporating new members into the crew?
We like to have people from different countries that have some sort of alternative perspective towards the world we live in. 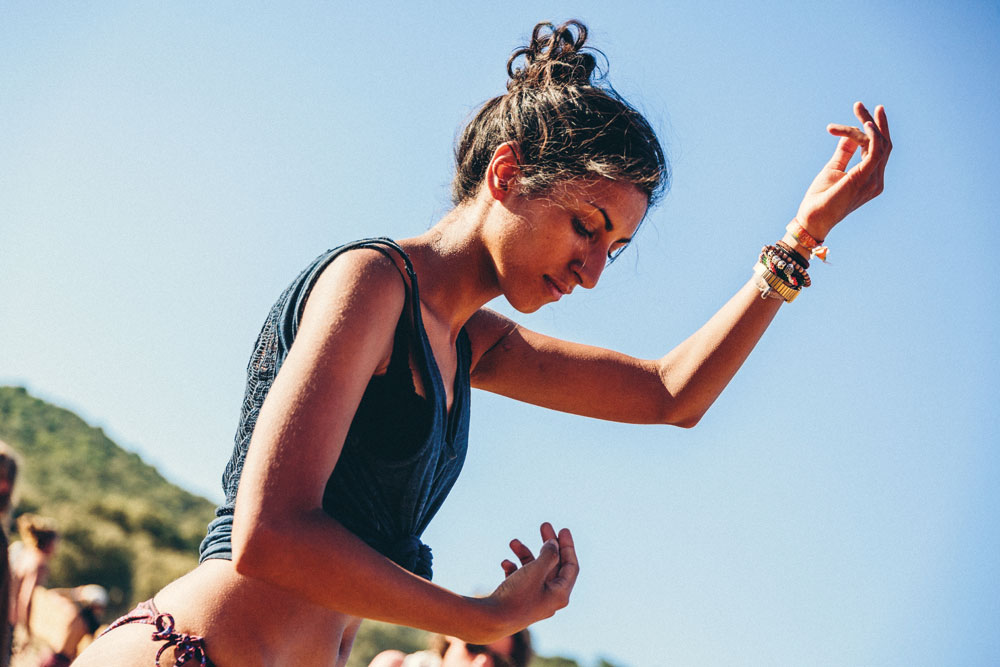